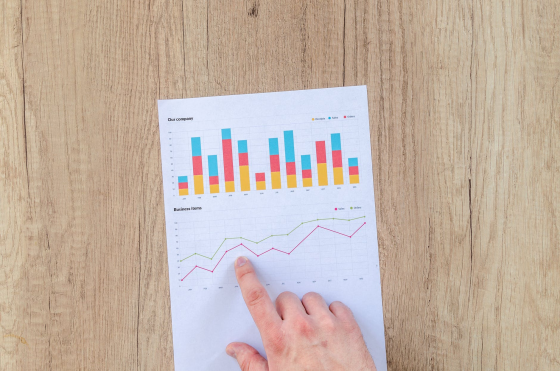 When AirBnB went from failure to $10B valuation, Joe Gebbia attributed the success to user research.

“When we started talking to our customers and seeing how they used our service, it was the defining moment of success that turned the company around,” said Gebbia, in a chat with First Round Capital in 2013. “If you ever want to understand your product, go stay in the home of your customer."

To recap the popular story of AirBnB in 2009, AirBnB’s revenue was flatlined at $200 per week, and the team sat down with their investor from Y Combinator, Paul Graham, to go through search results of their New York listings.

“We noticed a pattern. There's some similarity between all these 40 listings. The similarity is that the photos sucked. The photos were not great photos. People were using their camera phones or using their images from classified sites. It actually wasn't a surprise that people weren't booking rooms because you couldn't even really see what it is that you were paying for,” said Gebbia.

Upon this epiphany, Paul came up with the least expected solution - the three-man team were to travel to New York; spend some time with the customers listing properties; and rent a camera to replace the horrible photography with professional, high-resolution photos. It was completely non-scalable and non-technical with no data to back this solution up. Just a week later, the results came in - weekly revenue had doubled to $400 per week right after the photos were improved - it was AirBnB’s first financial improvement in eight months.

Gebbia shared that the photo transformation was the turning point for the company. The team had earlier believed that everything they did must be ‘scalable.’ It was only when they approached their problems with design thinking that they were able to climb out of what they called the “trough of sorrow”.

When done right, design thinking captures the needs of real-life users of your business. It helps you to see opportunities to serve them in ways that are desirable to your audience, as well as being both feasible and viable for your business.

“We had this Silicon Valley mentality that you had to solve problems in a scalable way because that's the beauty of code. We believed this was the dogma of how you're supposed to solve problems in Silicon Valley. It wasn't until our first session with Paul Graham at Y Combinator where we basically… the first time someone gave us permission to do things that don't scale, and it was in that moment, and I'll never forget it because it changed the trajectory of the business,” said Gebbia.

#1: Saving costs by eliminating problems at the start

The AirBnB story has demonstrated that there is always some insight to gain for your business when you talk to your customers (usability testing) early, and meet user needs using your product or service through the insights you have gained. That is of course a simplified way to put it, since UX is iterative in nature as user needs change and grow.

According to Norman Nielsen Group, the world’s foremost authority in User Research Based User Experience, observing and interviewing just five users uncovers about 85 percent of all usability problems. And usability problems can be costly.

Initiating usability testing before any development begins is saving unwanted costs in the future as described in the article Actual price your business pays by not user testing.

Every business owner naturally thinks about growing their business. A business that does not serve any user needs rarely, if ever, succeeds.

That’s what UX or UX design really is about - getting to know what the user needs right from the horse's’ mouth and by observing the users - and turning these insights into actionable product or service designs which will be finalised into real products or service.

The real and best ROI is ensuring that the initial budget is spent wisely by employing usability testing before development stage.

According to Frank Spillers, CEO of Experience Dynamics, an award-winning global UX consulting firm, UX often has hidden ROI benefits such as the following.

I beg to differ that these benefits are hidden. It seems obvious that understanding your customers early on before development (rather than after development or launch) will help you avoid spending unnecessarily on extra support costs.

More than that, through early usability testing, you will have lower costs for customer acquisition and increased retention as you would have understood your customers better. Overall, this will contribute to a healthier bottom line - the dream of every business owner.

If it’s not clear already, the case for early usability testing before developing your product or service is this: it helps you to make smart decisions right from the start. Why wait till the development when it could cost you more?

There is an infinite amount of decisions being made each day in the development of a product or service, make each one count better through usability testing.

After MacAfee ProtectionPilot software’s launch, it reported a 90% reduction in support costs after usability testing.

“Because of the large number of users, we wanted to keep our support calls low. No matter how trivial, every support call has some costs associated with it. Installation should be easy, and initial use should be intuitive,” said MacAfee’s Software Development Manager, David Ries.

The bottom line, as far as Ries is concerned, is straightforward: “Focusing on the design of the product had a significant impact on the cost of supporting the product. By focusing on the user’s experience, we were able to deliver a favorable user experience,” Ries says.